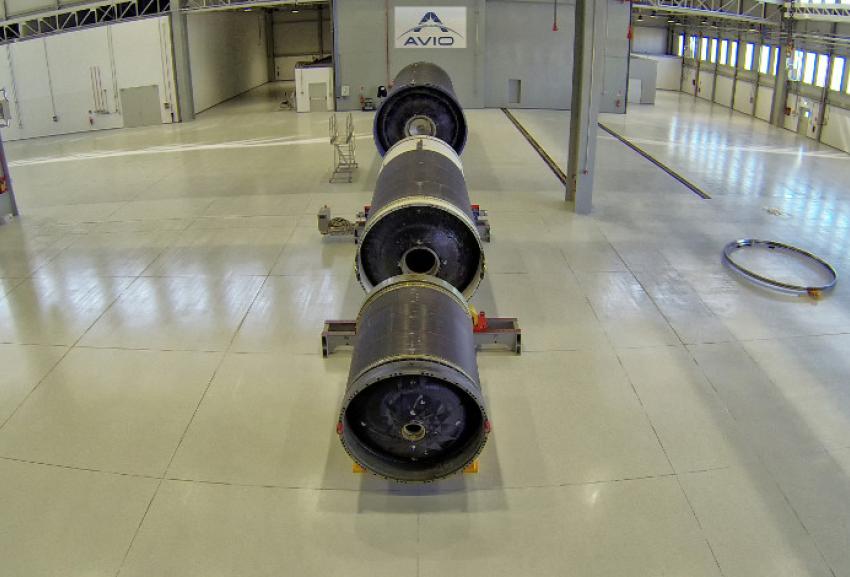 Colleferro (Rome), September 13, 2018 – The Board of Directors of Avio S.p.A., an aerospace leader listed on the STAR segment of the Italian Stock Exchange, today reviewed and approved the HY 2018 results.

The Group reports HY 2018 revenues of Euro 178.8 million, up 20.3% on the same period of the previous year.  The increase is primarily due to Vega launcher operations and the greater focus on development of the new P120C engine, shared by the next generation launchers Ariane 6 and Vega C.

The Net Financial Position at June 30 was a positive cash position of Euro 21.7 million (Euro 41.7 million at December 31, 2017), in line with normal cash flows operating cycle and taking into account the payment of dividends in May for Euro 10 million.

“Our double-digit growth again continued in the first half of 2018, building on the Group’s 2017 results – stated Giulio Ranzo, Chief Executive Officer of Avio”.

“In the first half of the year – added Ranzo – we have continued to develop the new Vega C and Ariane 6 launchers (which will fly respectively in 2019-2020), while completing also the fire testing of the Zefiro 40 and P120C engines (respectively second stage of the Vega C and first common stage of the Vega C and Ariane 6).  Meanwhile, we have signed further launch contracts with new international clients both for Vega-SSMS and for Vega C”.

More specifically, the contract to launch Thailand’s Earth Observation satellite (Theos 2) has been signed in the past few days, and the signing of the contract for a Satellite of the Korean Aerospace Research Institute is expected soon.

“Just a few weeks ago, Vega completed its twelfth consecutive successful flight. The  world reliability record for space launchers is firmly ours – concluded Giulio Ranzo. The performances of the European Ariane and Vega launchers, the successful development of new technologies, the growing trust of new international customers, our expanding backlog – of almost Euro one billion – allow us to look to the future with great confidence”.

The presentation summarizing the Half-Year results will be available in the Investor Relations section of www.avio.com www.avio.com to assist the call with financial analysts and investors scheduled for Friday, September 14 at 10.30 AM. The Half-Year Financial Report will be made available in Italian and in English in accordance with Law.

The Executive Officer for Financial Reporting, Alessandro Agosti, declares in accordance with paragraph 2, Article 154-bis of the Consolidated Finance Act that the accounting information in the present press release corresponds to the underlying accounting documents, records and entries.

Avio is a leading international group engaged in the construction and development of space launchers and solid and liquid propulsion systems for space travel. The experience and know-how built up over more than 50 years puts Avio at the cutting-edge of the space launcher sector, solid, liquid and cryogenic propulsion and tactical propulsion. Avio operates in Italy, France and France Guyana with 5 facilities, employing approx. 850 highly-qualified personnel, of which approx. 30% involved in research and development. Avio is a prime contractor for the Vega programme and a sub-contractor for the Ariane programme, both financed by the European Space Agency (“ESA”), placing Italy among the limited number of countries capable of producing a complete spacecraft.

[2] Includes the portion of the Research and Development tax credit matured in 2017, accruing to the first half of 2018, of Euro 1.2 million.