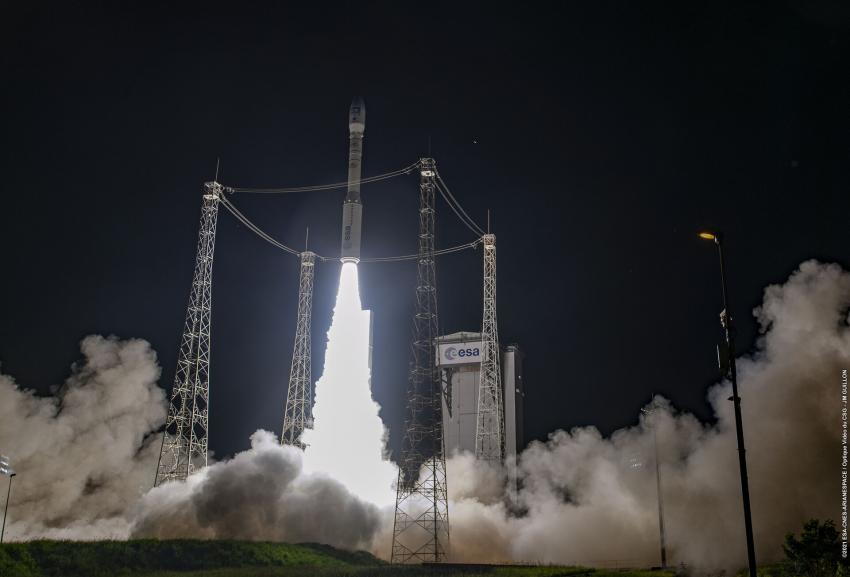 Colleferro (Rome, Italy) 29th April 2021 – Today’s mission from Kourou’s spaceport in French Guiana marked a successful mission for Vega’s flight VV18. The European launcher, designed, developed and built by Avio, has perfectly placed in orbit the new generation French satellite Pléiades 3 Neo on behalf of Airbus Defence and Space along with 5 secondary payloads embarked on a modified version of the SSMS payload adapter successfully launched with the VV16 mission in September 2020. Among these, the Norwegian Norsat 3 and 4 cubesat for the operators Eutelsat, NanoAvionics/Aurora Insight and Spire. The spacecrafts are to serve various applications, including Earth observation, telecommunications, maritime traffic monitoring, and technology.

The mission marks the return to flight of the Vega after the anomaly that led to the premature end of the VV17 mission in November 2020. The European small lift rocket confirms its ability to transport groups of satellites into orbit together with a main payload. This capability, combined with the new SSMS payload adapter, successfully tested in flight VV16, increases the versatility of the Vega, to better compete in the microsatellite market and offer more launch opportunities to customers. The next flight, VV19, is expected by the summer.

“We are proud of the great teamwork that has led to this flight and I would like to thank all the team and our partners for the work done in these months to make Vega fly again successfully. Despite a very tough year, marked by Covid, Avio has shown resilience and tenacity as also shown by the 2020 financial results and the signature of long-term contracts for the future Vega C launcher. I would like also to thank our customers for their confidence in the rocket and the company" commented Giulio Ranzo, CEO of Avio.

21.12.21 Appointment of a Board Member and verification of requirements