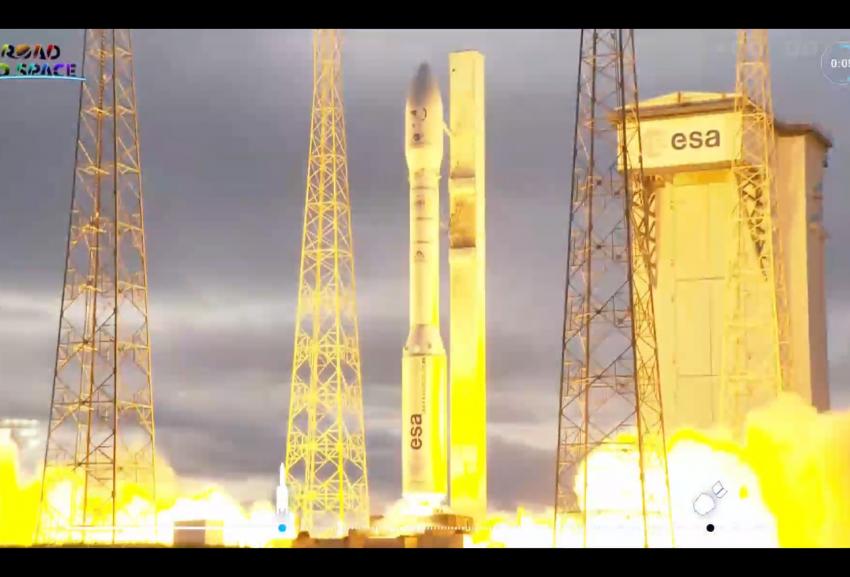 On its 20th flight, Vega delivered in orbit three CERES satellites for CNES and the French Ministry of Defence. The third successful launch in the last six months

Kourou (French Guiana), 16 November 2021 – The mission that departed today from the Kourou spaceport in French Guiana marked a new success for the Vega launcher with the VV20 flight. The European launcher, designed, developed and manufactured by Avio, has perfectly placed into orbit the French CERES satellites, built by Airbus Defence and Space for CNES and the French Ministry of Defence. The three CERES satellites will fly in formation and will be used for electronic intelligence to map communication centres and radars.

This last success concludes Vega's 2021 year with three launches within a six-month interval, all of them successful. The European launcher confirms its ability to carry strategically important satellites into orbit, a key factor to grant independent access to space for Europe. Moreover, with this flight Vega has demonstrated to come back on a regular launch cadence after the anomaly suffered a year ago.

“The success of the VV20 flight demonstrates the ability to carry out Vega launches at short time intervals, an important factor for competing in the space launcher market. I would therefore like to thank once again our entire team, our partners, the institutions and our customers for the trust they have placed in us. After this mission, it is now time to focus on the debut of the next-generation Vega C launcher, scheduled for the first quarter of 2022” commented Giulio Ranzo, CEO of Avio.