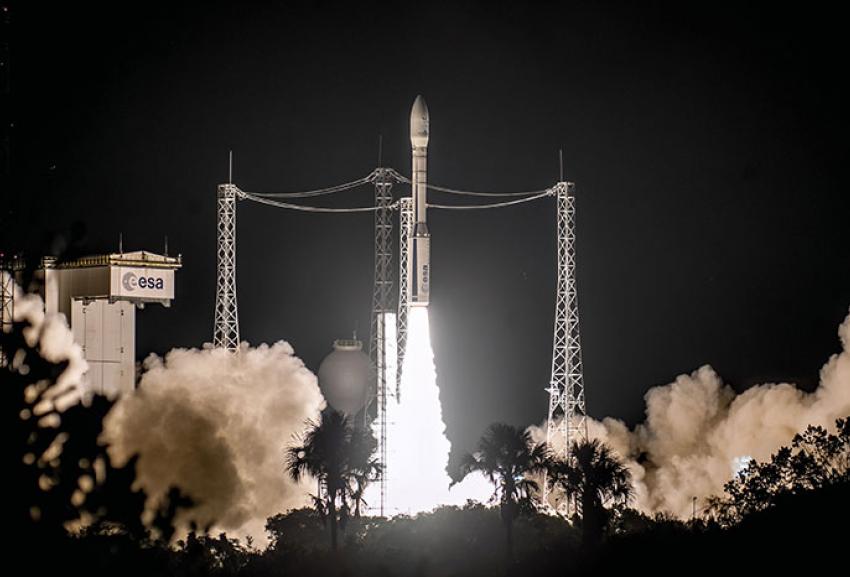 THE FIRST LAUNCH OF A MOROCCAN SATELLITE

Colleferro, 8 November 2017 – The eleventh consecutive mission has been successfully completed by Vega, the European launcher that was conceived, designed and built by Avio. It is an accomplishment that has further consolidated its leading international status in terms of precision and reliability.

On its third and final mission in 2017, Vega delivered into orbit the MOHAMMED VI-A Earth observation satellite, which was built for Morocco by Thales Alenia Space and Airbus.

“Vega has kept up its track record of consecutive successes,” stated Giulio Ranzo, CEO of Avio. “We are proud to have helped to open up access to Space for a new country: the Kingdom of Morocco. This achievement underlines the effectiveness of our partnership with Arianespace and our European industrial partners.”

“Furthermore, thanks to the high levels of confidence in us among our customers, Arianespace has recently signed a new contract for six Vega launches and four Vega C launches, giving a total of ten flights between 2019 and 2021,” added Ranzo. “In the meantime, in our facilities in Colleferro we’re continuing to develop launchers that are capable of offering ever greater performance. We have completed the second P120 casing and we’re now ready for the bench-test firing of the first Z40 engine, for the second stage of Vega C.”