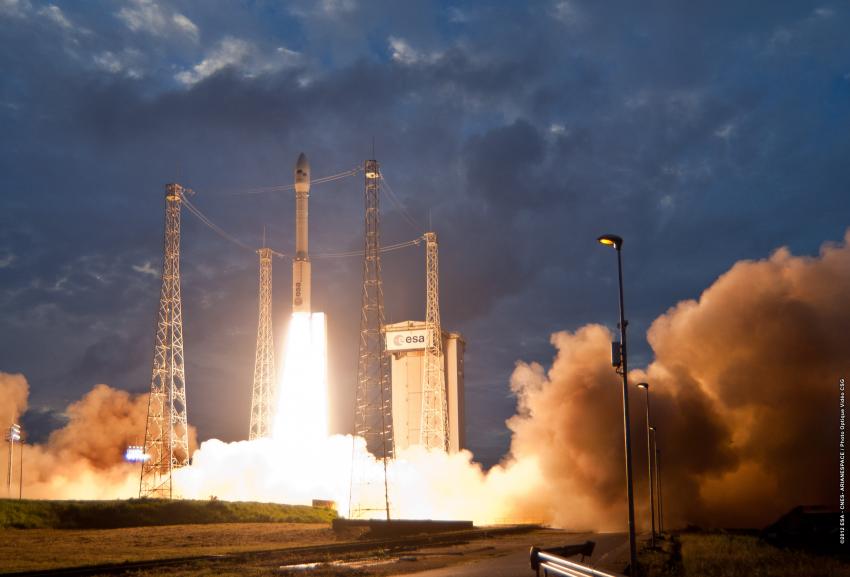 Ten years have passed since the first flight of the Vega. The European rocket developed by Avio within the framework of the European Space Agency programme has carried out several types of mission, demonstrating its versatility and paving the way for its first evolution, Vega C.

Colleferro (Rome), February 11, 2022 - On February 13, 2012, the Vega rocket left the launch pad of the Guyana Space Center for the first time, carrying the Italian Space Agency's LARES satellite and other scientific payloads. Ten years passed and the European launcher, with a strong Italian traction, has become a key component of the strategy for access to space for Europe, as well as having satisfied several other customers. Vega put into orbit the Sentinel 2A and 2B satellites of the European Union Copernicus program, which continue to make key contributions to resource management, natural disasters monitoring and to other important applications. In 2015, Vega made a sub-orbital flight to allow the Intermediate eXperimental Vehicle, a prototype of the future European Space Rider spacecraft, to perform its atmospheric re-entry test. The missions did not stop at Earth Orbit. In fact, the rocket allowed the LISA Pathfinder technology demonstrator to reach the Lagrangian 1 point of the Earth-Sun system. Finally, Vega retains the European record of satellites launched in a single space flight, thanks to the VV16 mission that put 53 satellites into orbit thanks to the new Small Spacecraft Mission Service (SSMS) cargo adapter. In addition to LARES, other Italian missions have flown on Vega such as OPSAT-3000, a multispectral satellite for Earth observation and PRISMA, an ASI technology demonstrator with hyperspectral technology.

"The ten years since the first Vega launch mark an important point for Avio and the European launcher sector. Despite some difficulties, we have worked tirelessly to make Vega increasingly reliable and competitive. For this, my thanks go to the entire company, our partners and our customers. These 10 years of the Vega represent an unparalleled wealth of experience on which the success of the Vega C, which will fly for the first time this year, will be based” commented Giulio Ranzo, CEO of Avio.

ESA's Director of Space Transportation Daniel Neuenschwander noted: "Developments in the new Ariane 6 and Vega C programs will allow Europe to maintain independent access to space, which is a strategic priority in a world where technology, business and politics change very quickly. We need to keep moving forward to make sure Europe is ready for the future."

The City of Colleferro has played a key role in the history of Vega. Here, in fact, are located the Avio plants dedicated to the manufacture of the rocket and the integration of several of its components from our partners. To seal this important link, this year Colleferro will be European Capital of Space within the consortium Communauté des Villes Ariane.