Successful firing of the new M10 engine for Vega E 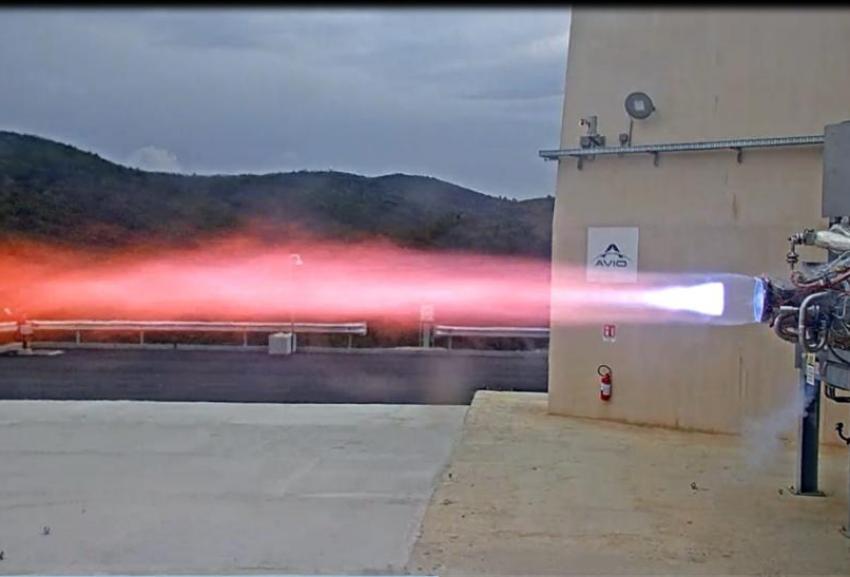 Colleferro, 6 May 2022 – The new M10 oxygen/methane engine for Vega E was successfully tested yesterday at Avio's new Space Propulsion Test Facility (SPTF) at the Salto di Quirra range in Sardinia. The engine developed by Avio, with a thrust class of 10 tons, is the first of its kind to be successfully tested in Europe. The M10 represents, in all intents and purposes, a new-generation green engine, realised with extensive use of additive layer manufacturing (ALM) technologies. The M10 engine is part of the development of the Vega E launcher, a project coordinated by ESA (European Space Agency) aimed at qualifying the successor of Vega C starting from 2026.

The project, backed by ESA, has been supported from the start by the Italian Government and in particular by the Minister for Technological Innovation and Digital Transition, Vittorio Colao, in view of the positive effects in terms of innovation and sustainability at the National and European level.

The development of M10 started a few years ago with an initial cooperation between Avio and the Italian Space Agency, through which some key technologies were developed. The program was then established within the European Space Agency as a prospective solution for the upper stage of Vega E.

Vega E will have a higher performance than Vega C, with increased flexibility and versatility at reduced costs. Unlike Vega and Vega C, Vega E will have a three-stage configuration. The first two, P120C and Zefiro 40, will be the same as the Vega C. The new M10 engine, developed and built by Avio in Colleferro with the support of other European companies, will equip the last stage of the future Vega E launcher. The engine will be throttleable and re-startable to enable multiple orbital manoeuvres; the combination of oxygen and liquid methane will also make it a more environmentally sustainable engine.

The LRE test facility at Perdasdefogu in Sardinia, a new technological hub created by AVIO, was built in record time for the testing of cryogenic engines, thanks to the successful cooperation with the local Public Administrations and the Ministry of Economic Development in the context of a cooperation between the Italian Defence Chief of Staff, the Italian Air Force Chief of Staff and Avio. With the new M10 engine, Avio is one of the few global players that possesses the innovative cryogenic methane engine technology for space applications. Thanks to this technology, it will be possible to further develop the product range and guarantee an independent access to Space for Europe in the long-term future.

Giulio Ranzo, Avio's CEO, said: "The successful test of the M10 engine represents a historic moment for our Company. Avio demonstrates that it has the most innovative and sustainable technology available for the cryogenic propulsion of future launchers. Starting from this technological element, Avio will be able to develop a new generation of particularly efficient and competitive products. I congratulate the Avio and ESA teams for the quality of the work done to reach this first important milestone".