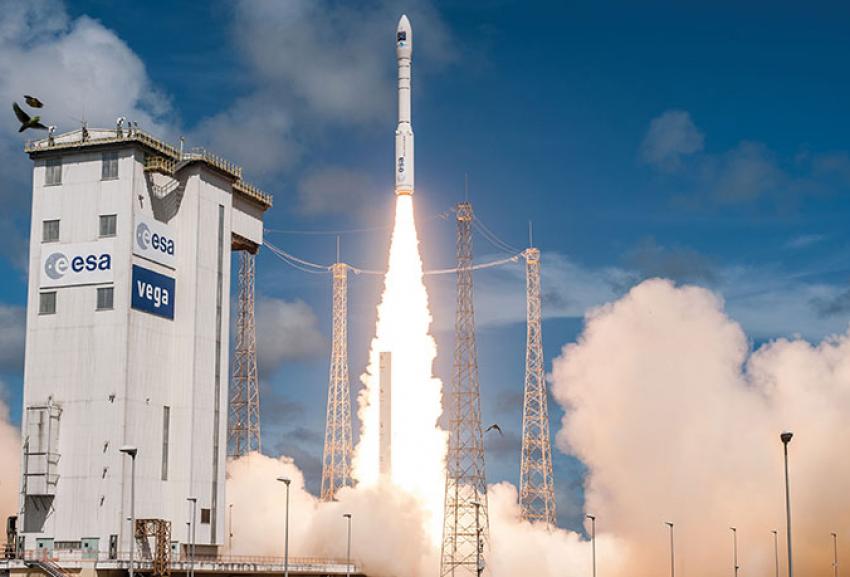 Avio, a leading aerospace enterprise listed on the STAR segment of the Italian Stock Exchange, reports revenues of Euro 75.4 million for the first quarter of 2018 – up 26% on the same period of the previous year.  The revenue improvement stems from Vega increased production and development activities.

Adjusted EBITDA of Euro 6.3 million grew 17% on Q1 2017, benefitting from a lower impact of fixed costs on greater volumes of activity.

Adjusted EBIT of Euro 3.0 million was up 67% on the previous year.

The Adjusted and Reported figures are gradually aligning as a result of a significant reduction in non-recurring cost components (from Euro 0.8 million in Q1 2017 to Euro 0.2 million in Q1 2018).

The Net Cash Position improved to Euro 47.2 million, due to positive cash dynamics in line with expected progress of key projects during Q1.

In the first quarter, two Ariane 5 launches took place (VA241 and VA242), while – in line with order forecasts – the contract for the production of supplies for the years 2019-2021 for the remaining 10 Ariane flights to accompany the new Ariane 6 ramp up (maiden flight scheduled for 2020) was signed, in addition to the contract with MBDA for the production of ASTER-30 boosters for the coming 4 years (2019-2022).

The development of the new P120 motor and the new Vega C components (maiden flight scheduled for the end of 2019) is progressing in line with expectations. We also outline the successful fire testing of the new Zefiro 40 motor (Vega C second stage) in Sardinia in March.

Finally, confirming the Vega launcher’s global competitivity, in April and May, 3 new contracts were signed by Arianespace with Spaceflight Industries (a leading US launch services operator), Sitael (operating in the development of small satellites) and D-Orbit (an innovative satellite technologies enterprise) for the launch of small satellites as part of Vega’s 2019 launcher mission, which for the first time will be equipped with the innovative “Small Spacecraft Mission Service” (SSMS), multipayload adapter designed by Avio.

“Last year’s growth has carried over into the first quarter of 2018 – stated Giulio Ranzo, Chief Executive Officer of Avio.  The new recent contracts confirm our innovative solutions development leadership, as displayed with the SSMS adapter which permits access to the new rapidly growing small satellites segment”.

The new Ariane 6 and Vega C development programmes are also progressing on schedule: testing of the new P120 is forecast by the summer – the new motor manufactured by Avio at Colleferro and the world’s largest carbon fiber motor – which will provide the required thrust of both of the European launchers: “Thanks to these new projects and the entry of our products onto the US market – concluded Ranzo – we can satisfy the increasingly demanding and sophisticated needs of a market which continues to grow globally”.

The Board of Directors, finally, approved the appointment of Fabrizio Spaziani as Avio S.p.A.’s Head of Investor Relations, responsibility that was previously assigned to the CFO Alessandro Agosti (already supported on that activity by Fabrizio Spaziani).