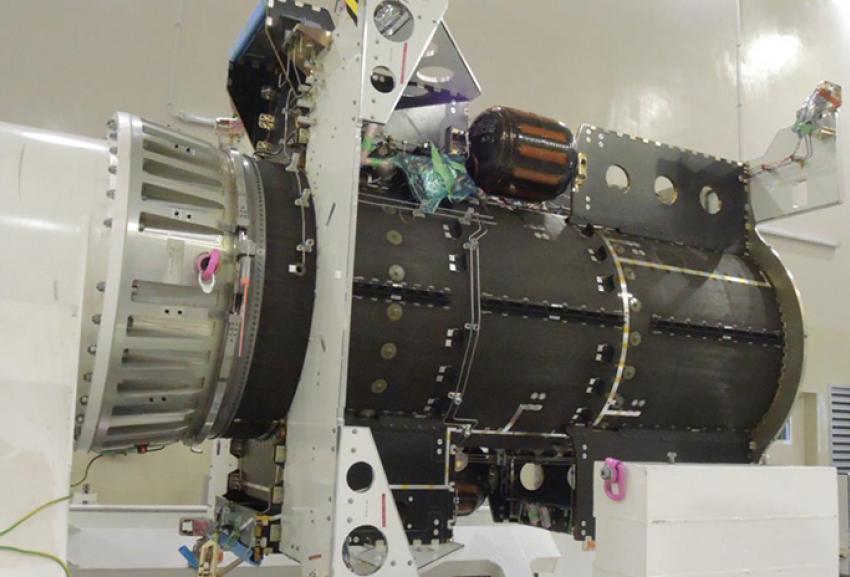 AVIO has completed and delivered a major satellite propulsion system to its customer, confirming its expertise in space propulsion systems for satellites as well as launchers. AVIO engineers at Colleferro developed the CPPS (Chemical Propulsion Subsystem) for the EDRS-C geostationary satellite.
A commission including OHB, the prime contractor of the satellite, ESA (European Space Agency) and Airbus DS, both end customers, controlled the conformity of the propulsion module and authorised its shipment. The CPPS was shipped to OHB’s site in Bremen, in Germany, where the integration of the module and the rest of the satellite will be completed before the final approval campaign goes ahead. The launch is scheduled for 2017 with the Ariane 5 launcher. AVIO will be involved with two, 230 ton solid propulsion motors and the Vulcain liquid oxygen turbopump.
AVIO developed and integrated the module’s chemical propulsion and the relative electrical cabling. It also supported OHB during the definition of the control profiles for the passivation of the propellants, the thermal definition, and the precision method used for estimating consumption, making full benefit of the experience it has acquired in satellite propulsion.
The EDRS-C is part of the EDRS (European Data Relay System) developed and produced by the European Space Agency for the ARTES 7 programme and will offer new standards in satellite communication services. The programme is based on a constellation of geostationary satellites that will receive data from Low Earth Orbit satellites (LEO) and relay the data to earth. This offers considerable benefits for future Earth monitoring applications, such as: a greater amount of data available, real time access to data, and improved security thanks to the possibility to obtain encrypted data.
EDRS-C will use the same platform as SmallGEO, developed for the ESA’s ARTES 11 programme. AVIO made the chemical propulsion unit for the SmallGEO in 2013, and the EDRS-C evolved directly from this. Unlike the SmallGEO, which will only use chemical propulsion to transfer into its final orbit, the CPPS is made up of a main motor and 16 attitude control motors, and will also guarantee the correct execution of the orbital manoeuvres throughout the satellite’s 15-year lifespan. As a result, the CPPS will be loaded with approximately 2 tons of propellant (MON-3 and MMH).
The first EDRS-A satellite was sent into orbit last January and the launch of a third satellite is scheduled for 2020 in addition to the scheduled launch of the EDRS-C in 2017. 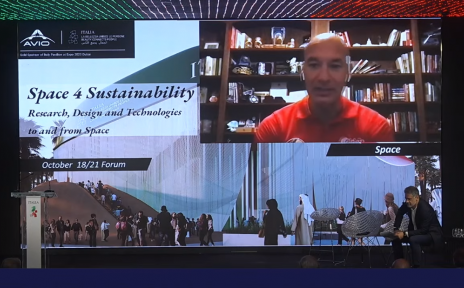