Luca Parmitano at Space 4 Sustainability conference at Expo Dubai: it is up to us to create sustainable technology 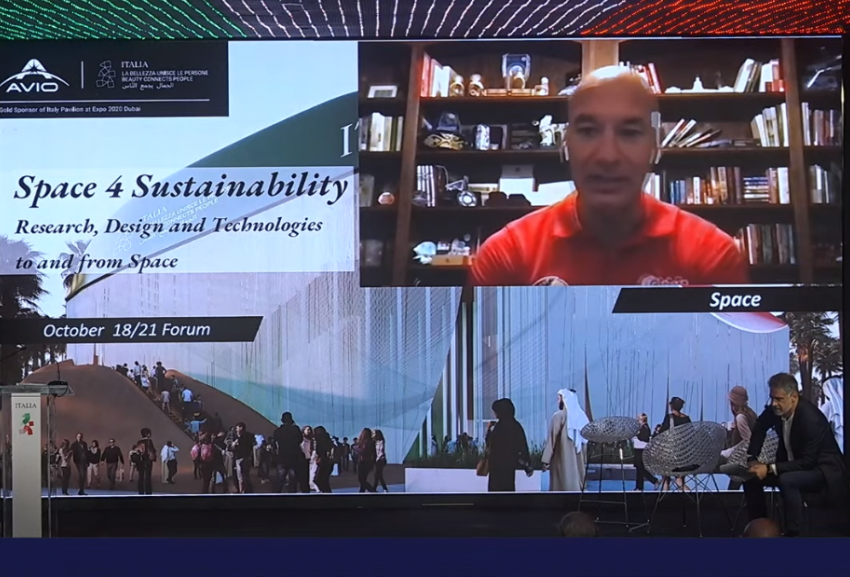 At the event, organized by Avio at Italy Pavilion at Expo Dubai, Space economy, Techology and Sustainability in space and from space topics have been covered.

Dubai (United Arab Emirates), 18 October 2021 – Sustainability in space and from space: this has been the main topic of the event Space 4 Sustainability, organized by Avio at Italy Pavilion at Expo Dubai, with special guest astronaut Luca Parmitano.

During the event, Giulio Ranzo and Simonetta di Pippo announced the two finalist proposals for a launch on the Vega C rocket of payloads coming from research centers and universities especially from developing countries under UNOOSA program “Access to Space for All”, in which Avio participates. The finalist are a University of Nairobi project and one of University of Malaysia.

Luca Parmitano has said: “Technology has many faces; it is up to us to create sustainable technology, knowing first where we are to understand what are the technological elements that are not sustainable today. Space technology aims at renewability and reuse. Subsequently, bringing space technologies on the Earth and use them with the same kind of applications. In fact, the International Space Station motto is Off the Earth for the Earth”.

During his speeches, Giulio Ranzo has said: “There is a demand growth for space activities, so the launch costs should be even lower. Avio is working on two new rockets, Vega C and Vega E, that will have a lower cost per kilogram than the previous generations. Vega E will be equipped with a new upper stage, which will burn liquid methane and liquid oxygen. A cleaner engine that will lower the costs.
Italy has a complete space capability, which includes companies that build launchers, satellites and components with the contribution of research centers and universities. Our country had the idea to be the first to do something that others have not done, that is the capability to launch a space vehicle, which will stay in orbit for months doing multiple tasks and then coming back to Earth to be reused. It is the Space Rider, a European project in which Avio participates along with other important Italian companies such as Thales Alenia Space Italy and Leonardo”.