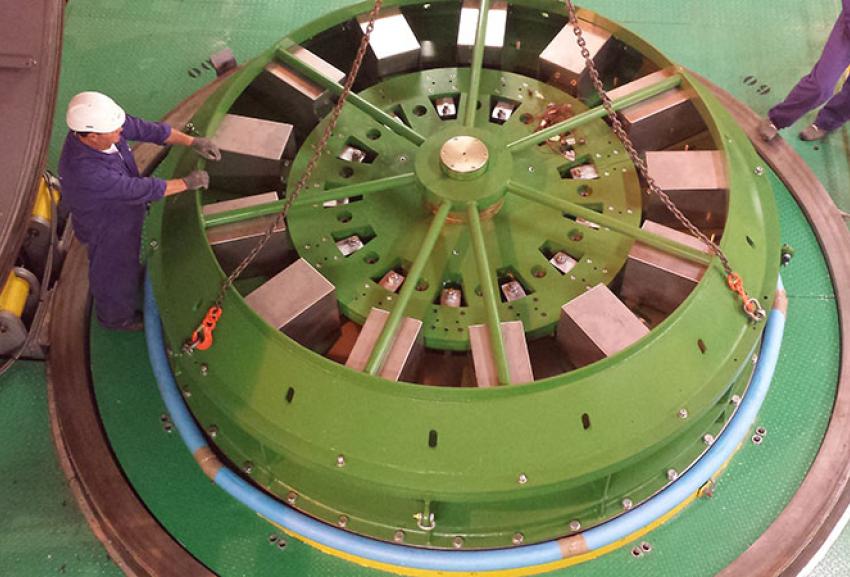 18 September 2017 – Regulus, an Avio/ArianeGroup joint venture, has completed the loading with inert propellant of the first Booster Case of the new P120C Solid Rocket Motor in French Guyana. Regulus is in charge of solid propellant manufacturing and casting for Vega and Ariane Launch Vehicles.

About 142 Tons of inert propellant have been produced and cast in the Booster Case, that was shipped this summer from Avio premises in Italy, to demonstrate and validate new manufacturing equipment, machines and process.

It represents the largest single casting of a solid propellant motor ever done.
Propellant curing is current on-going and, after cooling and casting tooling removal, the Loaded Case will be submitted to an intensive set of tests and checks (RX inspection, propellant mechanical test) .

This represents an important milestone to free the way to the casting of the active propellant of the first P120C SRM, devoted to the first static firing test foreseen in the first half of 2018.
The P120C is the new first stage motor common to the new generation European launchers Ariane 6 and Vega C and it is jointly developed by Avio and the Ariane Group under their joint venture Europropulsion.