Avio is Ready for the International Paris Air Show 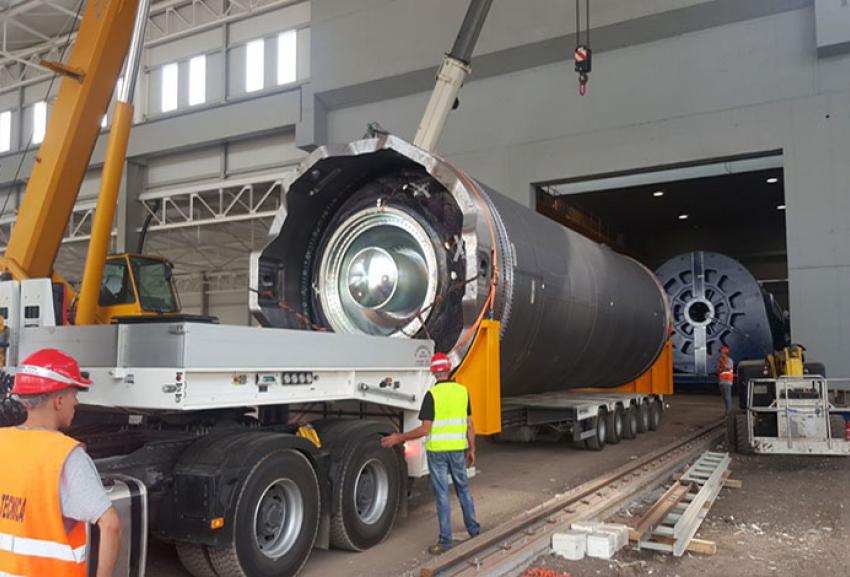 At the eve of the International Paris Air Show at Le Bourget (Paris, France), the operational tests for the first P120C casing were successfully completed at the Avio facility in Colleferro. The P120C is the largest monolithic carbon-fibre   solid propellant motor in the world, designed to equip on the new Vega C and Ariane 6 launchers, set for their first launch in 2019 and 2020.

This first model, made of highly-resistant carbon fibre, was produced at the Avio facility in Colleferro, using the most advanced Fibre Placement and Filament Winding technologies, with a composite material specifically designed and produced by Avio for space applications.

The mechanical tests were carried out using a platform specifically designed and built to simulate the actual conditions of a space launch: pressurization inside the combustion chamber, engine thrust and mechanical loads resulting from the launcher’s operational phases.

The technological casing, equipped and complete with instrumentation, was subjected to a test cycle up to the maximum engine operating pressure as well as a series of axial load cycles, which demonstrated that the prototype fully corresponded to engineering predictions for its mechanical behaviour.

The new and visionary Avio motor will now be sent to the facilities in French Guiana for the first loading of inert propellant at the Regulus plant, following which motor integration tests will proceed at Europropulsion.

At the International Paris Air Show, Avio (Hall 1 Stand 318), will showcase the 1:10 scale models of Vega C, Vega E and Vega Light, alongside a brand new scale model of the SSMS (Small Spacecrafts Mission Service) for multiple satellites launches. Also real pieces to be seen, such as the first Vinci turbopump for Ariane 6, the LOx engine Mira, the Zefiro 23 nozzle and the composite skirts of the following motors: Z23, Z40, P80 and P120C.