Arianespace signs a contract with Amazon for 18 Ariane 6 launches 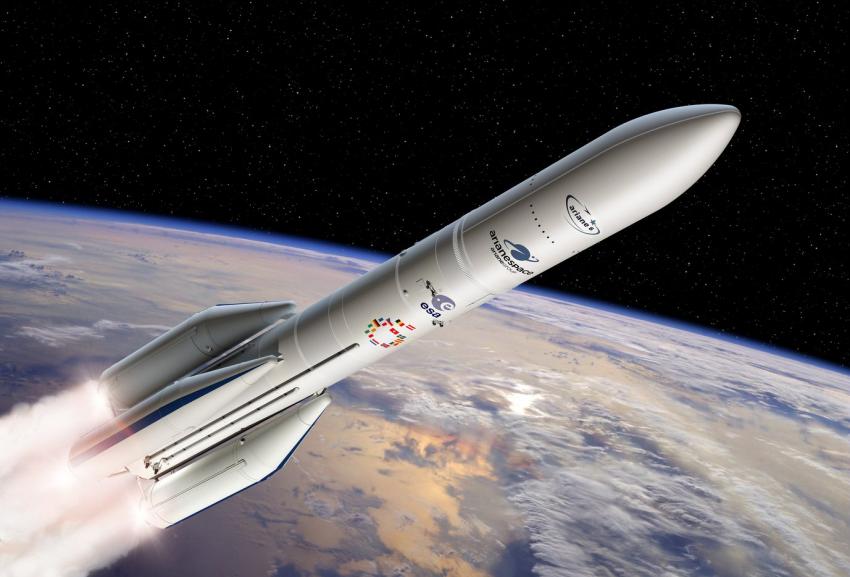 Colleferro (Rome), 05 April 2022 – Arianespace has signed a contract with Amazon for 18 launches of the Ariane 6 launcher to put the Kuiper constellation of satellites for broadband internet into orbit. This is the largest agreement so far signed by the consortium that markets European launches. Amazon's project aims to connect the disconnected by providing high-speed, low-latency broadband to unserved and underserved communities around the world at affordable prices. Homes, schools, hospitals, businesses, governments and institutions that do not have access to connectivity will soon have it through the Kuiper project.
The launcher that will be used is the Ariane 64, the heavy version of the new Ariane 6, equipped with four P120C motors, developed by Avio, which will be the solid rocket boosters. In particular, for 16 of the 18 Kuiper launches, the rocket will be equipped with an enhanced version of the P120C, called the P120C+. This new development, funded by ESA, will see Avio committed to increasing the performance of the motors, which will allow for a significant increase in payload capacity for Ariane 6. Production activities in the coming years will have to ensure rapid deployment of the Kuiper constellation.

At the same time, the P120C+ will also be used for Vega C, which uses the same motor as first stage, thus increasing payload capacity and the rocket’s versatility, expanding launch solutions for commercial and institutional customers.