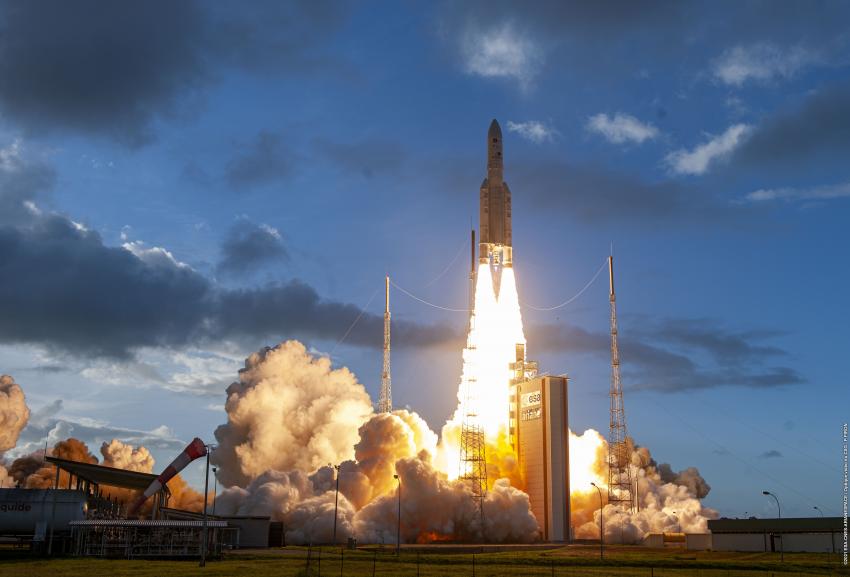 Two geostationary telecommunication satellites, Star One D2 and EUTELSAT QUANTUM, have been placed into orbit

Colleferro (Rome), 31st July 2021 – Ariane 5 successfully placed two geostationary telecommunication satellites, Star One D2 and EUTELSAT QUANTUM, correctly in orbit. Star One D2 is a high-capacity multi-mission satellite equipped with Ku, Ka, C and X-band transponders that will expand the broadband coverage to new regions of Central and South America, by providing Internet access to underserved populations. EUTELSAT QUANTUM will be the first universal satellite in the world capable of modulating the coverage area and the power of the telecommunication beams, almost in real time.

Avio participates in the Ariane 5 launcher by supplying the solid propulsion engines and the liquid oxygen turbo pump.

Giulio Ranzo, CEO of Avio, stated: "A new successful launch that reaffirms the reliability of the product as we are approaching the next flight of Vega with the VV19 mission scheduled for the second half of August".

The Vega will be launched from the space base of Kourou, in Guyana French, to orbit the Pléiades Neo 4, the Earth observation satellite manufactured by Airbus Defense and Space.