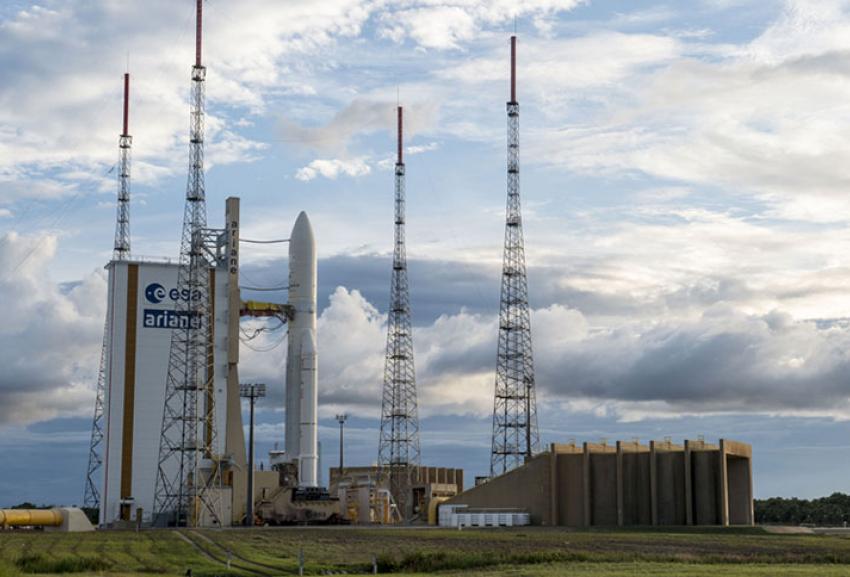 IT IS THE SIXTH SUCCESSFUL MISSION IN 2017

Colleferro, 13 December 2017 - Another success for the Ariane 5 launcher, which has completed its sixth mission in 2017. It correctly placed into orbit four satellites of the Galileo constellation.

Galileo is a European satellite navigation and localization system that can provide extremely precise positioning information and is designed for civilian use. Once they are all in orbit, there will be 24 satellites of the Galileo constellation as a whole. Following today’s successful mission, Arianespace has now placed 22 of them into orbit. In 2018, Ariane 5 will add another four satellites.

Avio’s CEO Giulio Ranzo had the following to say: “The Ariane 5 launcher’s successful mission is helping to bring the curtain down on a year full of great achievements. At the start of the year we completed the process of listing Avio on the stock exchange, thus consolidating the company’s status as a leading player in the space launcher market. Last month Vega carried out its third mission in 2017 and its eleventh consecutive successful mission overall. Last week we signed two big development contracts for the Vega C launcher and the Space Rider re-entry vehicle. In addition, development work is proceeding on the new Vega C launcher, which will make its first launch in 2019. All of this underlines the stability of our company, our achievements on the technological development front and the level of reliability that we have reached in the international space market.”