Another Success for Ariane 5: Two Satellites in Orbit for Brazil and South Korea 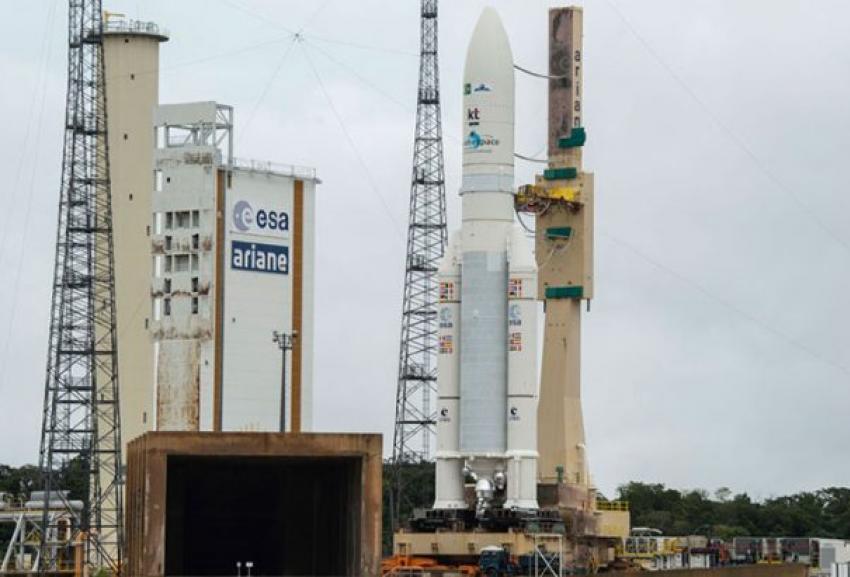 Colleferro, 5 May 2017 – Another successful launch for Ariane 5, which successfully put two new satellites into orbit this evening, one for Brazil and another for South Korea.

From the Space Centre in French Guiana, back to normal operations following the strike of recent weeks, Ariane 5 orbited the SGDC geostationary satellite for VISIONA Tecnologia Espacial S.A. of the Brazilian operator Telebras S.A., to enhance Internet services in the area and for defence purposes, and the KOREASAT-7 satellite on behalf of the South Korean operator ktsat, to enhance Internet and TV services.

Mission no.236 for the Ariane family concluded successfully after 37 minutes, with the perfect positioning of the satellites in the fixed orbit.

Avio’s CEO Giulio Ranzo had the following to say: “Once again our company has shown reliability and precision in its decisive contribution to European partners in the latest mission of the Ariane 5 launcher.

The successful performance of Ariane 5 place the European space industry in a leading position in the global launcher market. These results reward the work, skills and passion of our staff in Italy, France and French Guiana, and confirm Avio’s leadership in the space industry”.

SGDC (Geostationary Satellite for Communications and Defence) is a satellite for a Brazilian government programme which has three key objectives:

KOREASAT-7 is a satellite that will provide a full range of video and data applications, including internet access, domestic television services, government communications, and connectivity for specific networks.