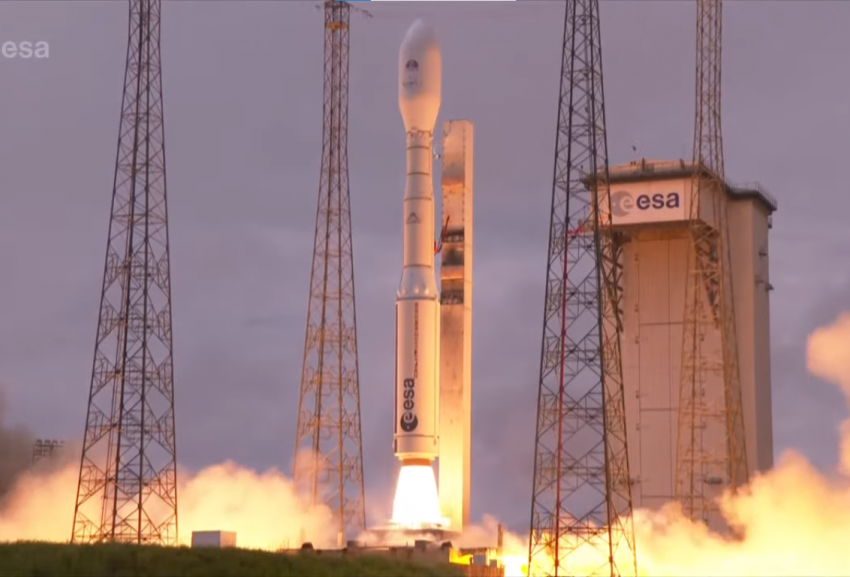 Kourou (French Guiana), 13 July 2022 – The Vega C rocket has completed its inaugural flight, placing the main payload LARES-2 – a scientific mission of the Italian Space Agency ASI – into its planned orbit. Six additional research CubeSats from France, Italy and Slovenia flew as secondary payloads. The launch caps a multi-year effort by ESA, the prime contractor Avio and industrial partners in 13 ESA member states to build on the heritage of its predecessor, Vega.

Vega C represents a dramatic capability boost compared to Vega, which has been flying since 2012. With the new first and second stages and an uprated fourth stage, Vega-C increases performance from Vega’s 1.5 t to about 2.3 tons in a reference 700 km polar orbit.

Vega-C features a new, more powerful first stage, P120C, based on Vega’s P80. Atop that is a new second stage, Zefiro-40, and then the same Zefiro-9 third stage as used on Vega.

The re-ignitable upper stage is also improved. AVUM+ has increased liquid propellant capacity, to deliver payloads to multiple orbits depending on mission requirements and to allow for longer operational time in space, to enable extended missions.

The P120C motor will do double service, with either two or four units acting as strap-on boosters for Ariane 6. Sharing this component streamlines industrial efficiency and improves cost-effectiveness of both launchers.

Giulio Ranzo, Avio’s CEO, has commented: “This great success is the result of the work of our people in cooperation with ESA, ASI and CNES, and highlights once again the Avio and Italian excellency in space technology in the European domain. The presence of the Italian Minister for Innovation and Digital Transition Vittorio Colao here at the flight testifies the attention and commitment of the Italian Government, that with the National Recovery Plan has decided to provide an additional boost to research and innovation in a key sector for the Country and for independent access to space. The Maiden Flight of Vega C has been just completed, but in the coming days we will start to work to the next one, expected by year-end: the first of 7 flights already booked.