A Successful Ninth Mission for Vega 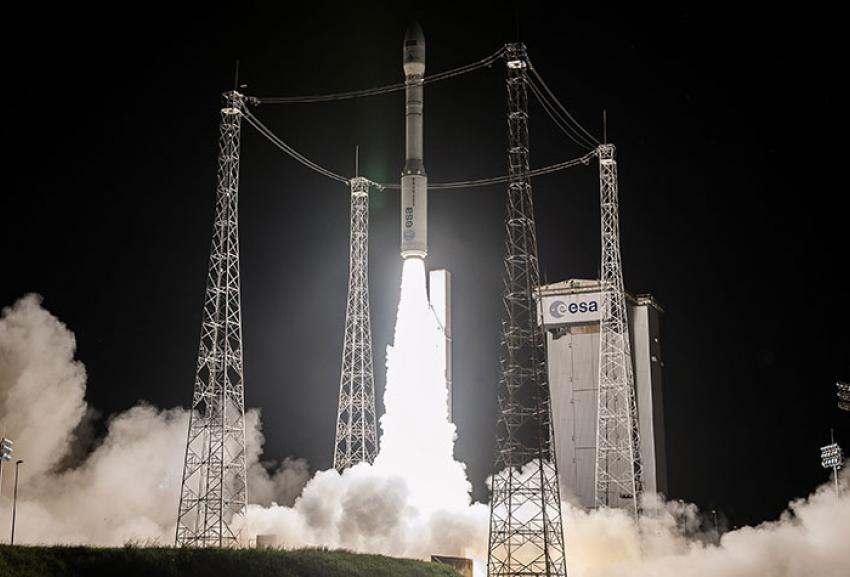 Colleferro, 7 March – The Vega launcher has successfully completed its first mission in 2017 (and ninth overall), by flawlessly delivering the Sentinel 2B Earth observation satellite into orbit.

Avio’s CEO Giulio Ranzo had the following to say: “Today’s successful mission has once again underlined the reliability and precision of the Vega launcher. On this occasion, we helped ESA to deliver into orbit the Sentinel 2B Earth observation satellite.

We are happy to have made another contribution to humankind’s ability to monitor the health of our planet by flawlessly placing the satellite in orbit. We constantly strive to develop new technologies and launchers that offer ever greater performance. Just a few days ago, we finished making the first P120 in our facility in Colleferro, near Rome. It is the biggest carbon fibre solid propellant engine that has ever been built anywhere in the world and it will be used in the new Vega C and Ariane 6 European launchers, which will give Europe increasingly sophisticated and effective capabilities and have their maiden flights in 2019 and 2020.”

The Sentinel 2B Earth observation satellite is part of the Copernicus programme, which is directed by the European Commission in partnership with ESA. Its main roles will include managing data and images from natural disasters and monitoring the oceans, vegetation and the atmosphere. In addition, it will have many more important objectives relating to matters such as climate change and civil protection.  Sentinel 2B will join Sentinel 2A, which was delivered into orbit by the Vega launcher in 2015. The two satellites will provide high-resolution images of the entire surface of the globe every five days.

Following another exceptional success by one of its products, Avio is continuing to work towards listing on the stock market. As long as everything goes as planned with the necessary authorization procedures, it hopes to complete the process by the end of April 2017.